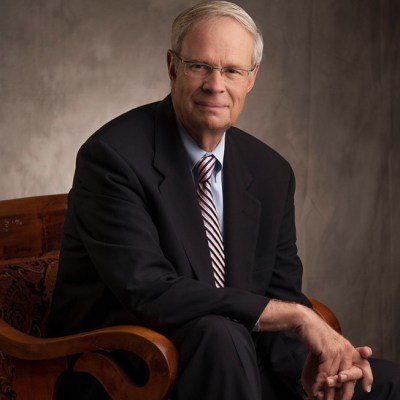 Pastor Doug grew up with a rich heritage in a Christian family and in an historic evangelical church in downtown Boston. Park Street Church and its pastor Harold John Ockenga provided significant leadership in spreading the historic Christian faith.

Doug graduated from Wheaton College and Westminster Theological Seminary. He considered his opportunity at WTS to study under Jack Miller, Jay Adams, and Ed Clowney an extraordinary privilege.

Having graduated in 1971 from Westminster, Doug served as pastor of Grace Orthodox Presbyterian Church in Hamilton Township, New Jersey for four years before moving to Fredericksburg to start New Life in Christ Church in July 1975 and has seen it grow and mature since then.

Doug’s ministry has focused on serving the community and in growing Christ’s church around the world.

New Life has an extensive missions ministry with missionaries in numerous countries. He is active in ministry in Israel and Palestine with the Jerusalem Gateway Partnership.

The goal of ministry is indeed building the Kingdom through training leaders.

Subscribe to receive email updates with the latest news.