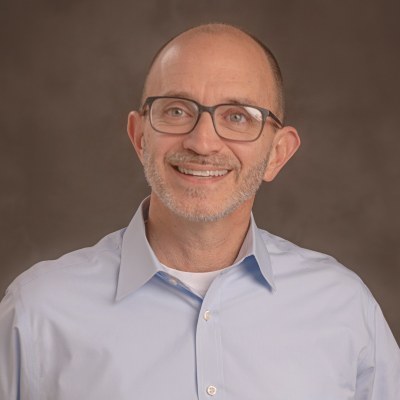 Pastor Sam started as Assistant Pastor of Congregational Life in 2020, after a long career with the Federal Government as an engineer.

Installed and ordained as (part-time) Assistant Pastor of New Life in Christ Church in 2017 while still pursuing his career in federal service, Pastor Sam gives thanks for God’s providential leading and for the many who invested in him through each phase of life.

Pastor Sam followed a non-traditional path to ministry. Growing up in Pittston, PA, his interests tended toward music and art, yet his parents guided him to a more practical future in science and engineering. He graduated from the University of Scranton (PA) with a Bachelor of Science in Computer Science and received an offer of federal employment that led him to Virginia.

When Sam’s eyes were opened to the marvelous grace of God in Christ, he continued to see more of his need for that grace while being provided opportunities to share it. In 2001, he was installed as ruling elder of New Life in Christ church. In 2017, he graduated from New Geneva Theological Seminary (Colorado Springs, CO) with a Master of Divinity, was ordained in the Presbyterian Church in America, and installed as Assistant Pastor (as a bi-vocational calling). He left federal service and began full-time with the church in January 2020.

Of the many highlights of his time in federal service, none shines brighter than meeting Lisa, his wife of 28 years (as of 2019). Mother to their six children and grandmother to nine (and counting) grandchildren, she is his best friend and most sure and dependable ally in ministry. To God be the glory!

Subscribe to receive email updates with the latest news.